Ryan and I spent the weekend demolishing the old office...lets just say I've reaffirmed that manual labor is not my thing. 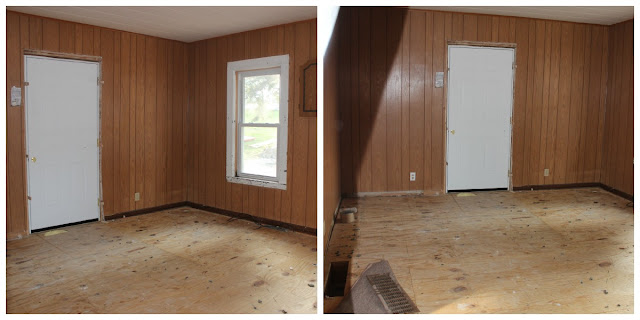 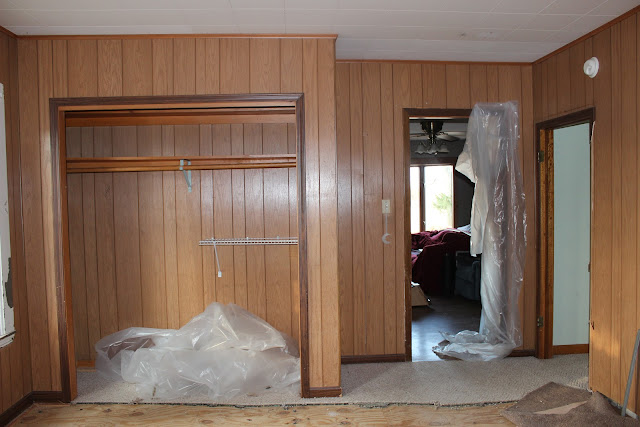 One "Renovation Realities" moment - multiple blisters - the sorest body this girl has felt in years - and two days later.... 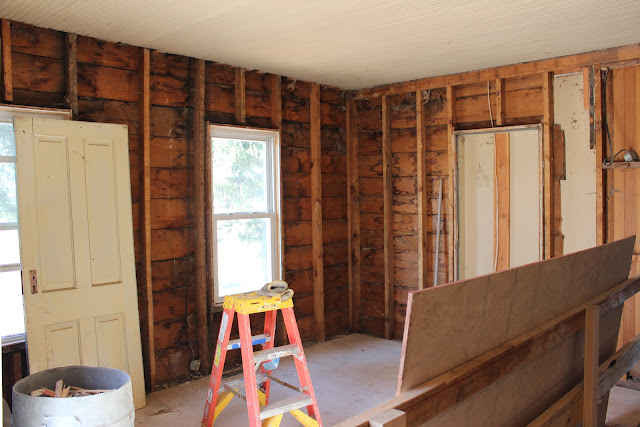 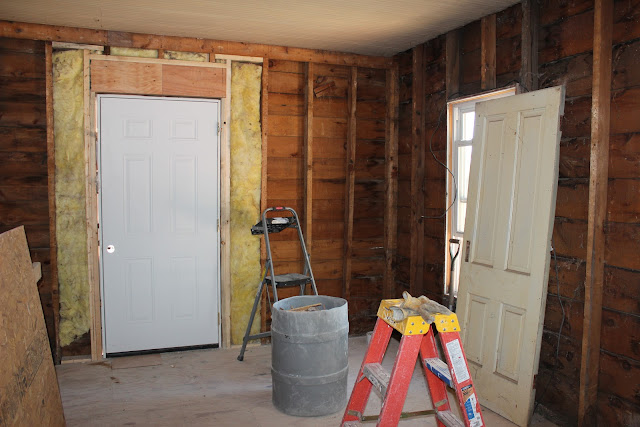 When Ryan initially pulled off the paneling in the room, he uncovered two doors that were hidden in the walls.  Apparently when they initially sheet rocked the room, they just covered over these doors. 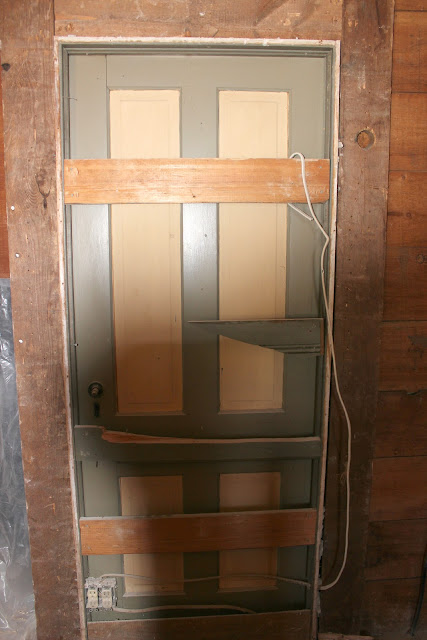 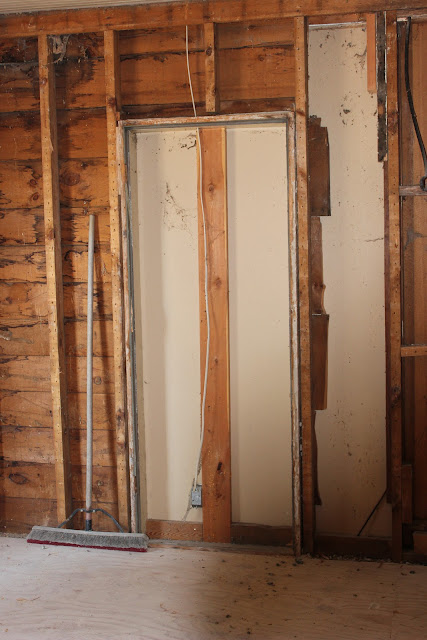 So we salvaged them and I have a few ideas pinned for how to use them.  :)  {Ryan has a love/hate relationship with Pinterest}

Ryan's uncle Karl came over on Saturday to put the stairs into the basement. 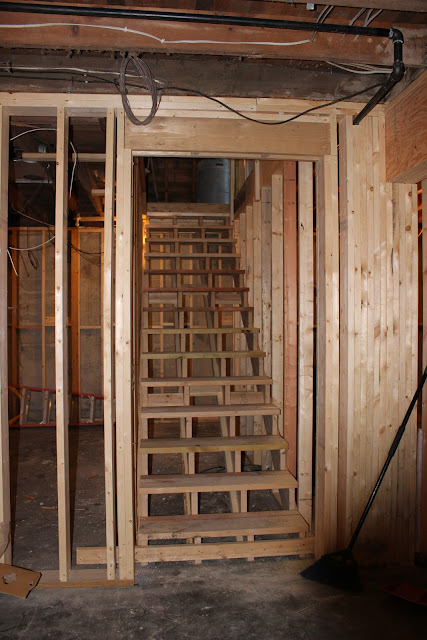 He and his crew had finished framing everything in the basement last week.  Below is what will be our family room. 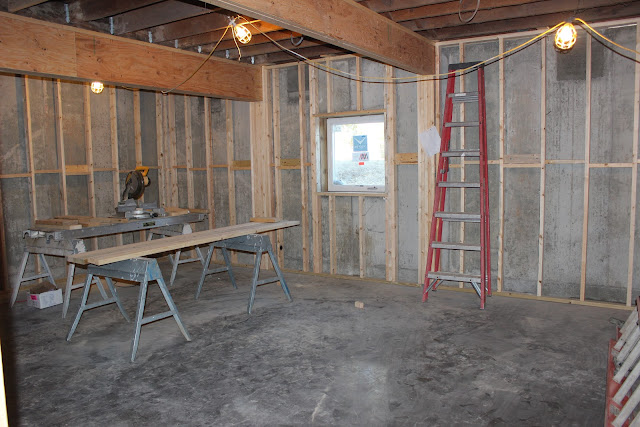 These doors are off of the family room and lead to the bathroom and bedroom.  Right off of where Henry is standing is the door to the storage room. 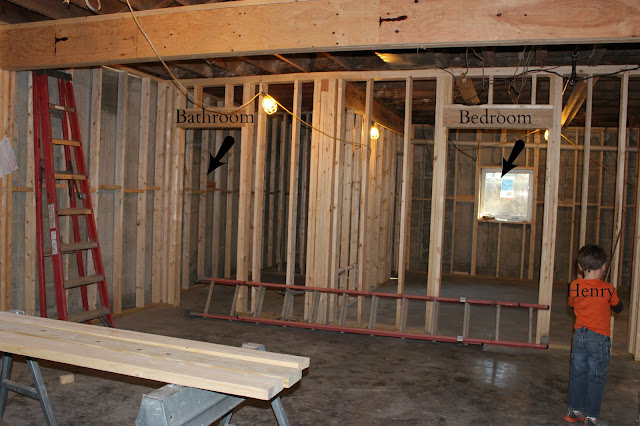 Here is the storage room looking into the utility room. {Which is on the other side of the stairs} 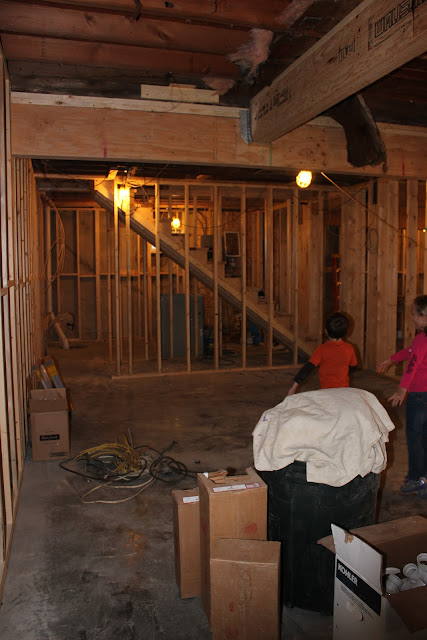 And the biggest change came today when they knocked through what was once our office into our living room.  The pictures really do nothing to the feeling you get walking in through the garage.

Its hard to tell from the picture, but the office demo also revealed a bead board ceiling that is in really good shape.  Hopefully we will be able to incorporate it into the room and keep it. 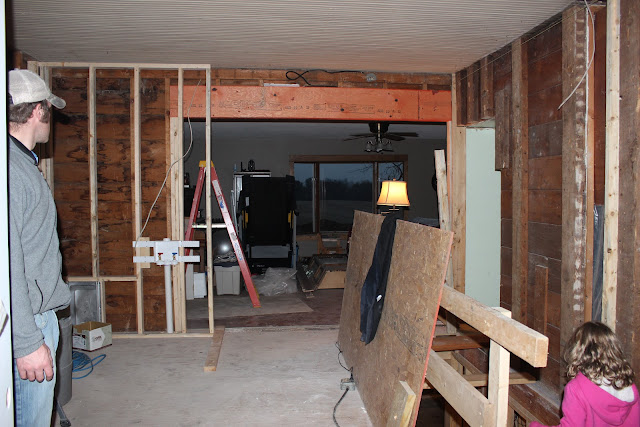 I was already ready to move back in, but now I am truly excited to have this new living space.  Its going to feel like a completely different house.  And like Ryan said, its finally "our house" and not his parents or grandparents.  So exciting!!!! 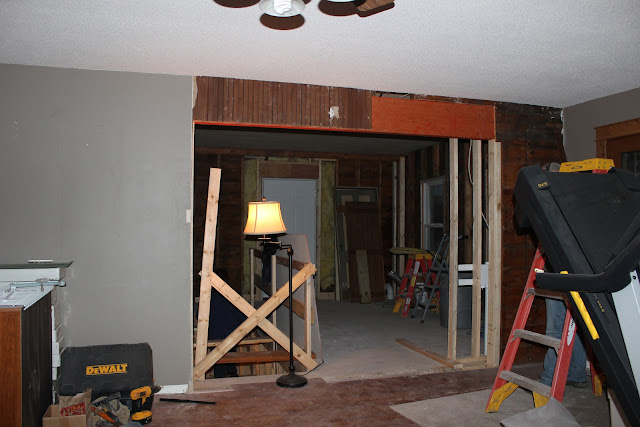 Next we pray that the weather cooperates and they can finish the roof of the garage.  The trusses are up {which I just realized I didn't get pictures of}, but they still have to sheet it.
No comments:

You can see there has been a lack of menu planning on the website...and its been missing in our lives as well.  I've decided to put it on hold while we are out of our house...Its just something I can't keep up with right now.  And by golly...I'm okay with it.  {Honestly its driving me kind of bonkers...but...its temporary}


But that doesn't mean my kitchen hasn't been getting a workout.  Or Kristi's kitchen rather...
So here are a few things that we've enjoyed recently that you might as well.

Baked Apples with Oatmeal Streusal Topping:  My mom makes a killer baked apple, and this was a fun new twist on what she makes.  You could definitely "health-up" this recipe and still have wonderful results. 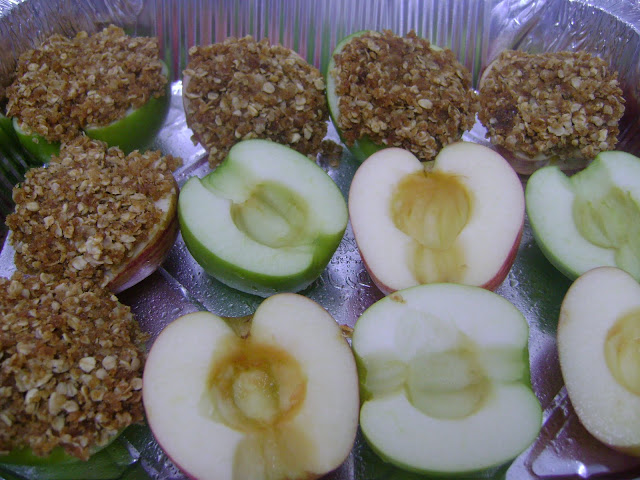 Feta & Strawberry Salad:  This is one of my favorite all time salads.  I take for lunch at least once a week.  And when the strawberries are out of season, I love it with dried cranberries and/or dried blueberries.  Mmmm...yum! 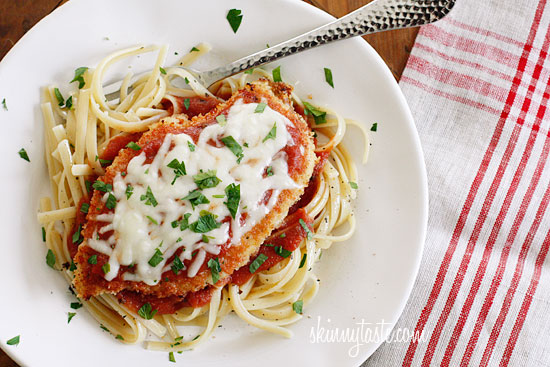 Overnight Oats:  Pumpking style!  So delicious.  I'll be honest...it looks nasty...there is no other way to explain it.  But the flavors are fall in a jar...yum.  Katheats as a lot of other overnight oats that I'm dying to try.  (I left out the clusters and the sunbutter) 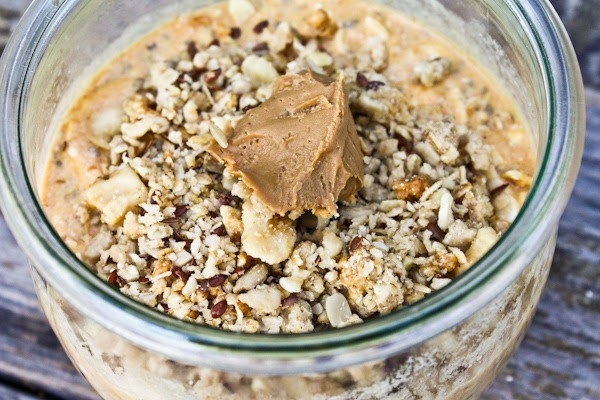 Enchilada Lasagna:  This was one the entire family enjoyed.  It came together pretty quickly, and the leftovers were just as good. 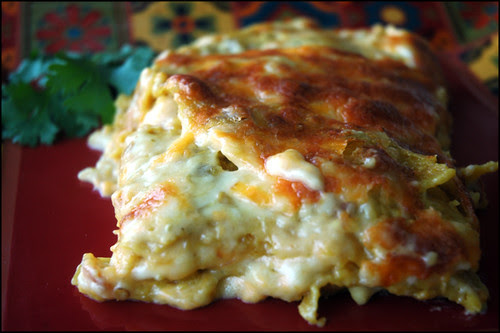 Mini Corn Dog Muffins:  This is soooo easy and makes a perfect snack or lunch.  You can make your own corn bread batter or just use your favorite box...and add your hot dog of choice.  We are turkey dog people in this house.

Email ThisBlogThis!Share to TwitterShare to FacebookShare to Pinterest
Labels: Menu

We are 11 weeks in to this project, and I finally feel like its real.  That probably sounds ridiculous...but there is finally enough progress that I can envision how things will look when they are completed.  So...here's what things look like right now. 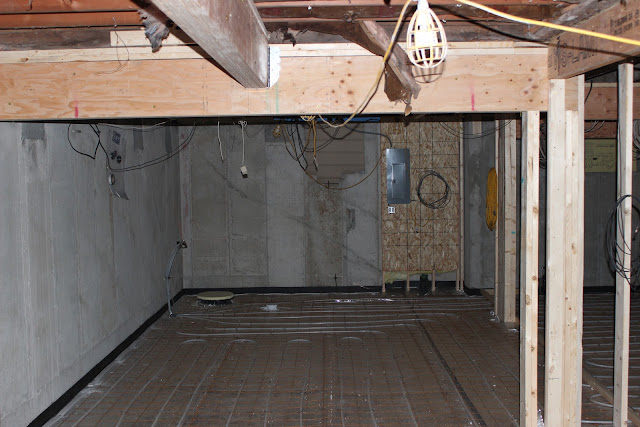 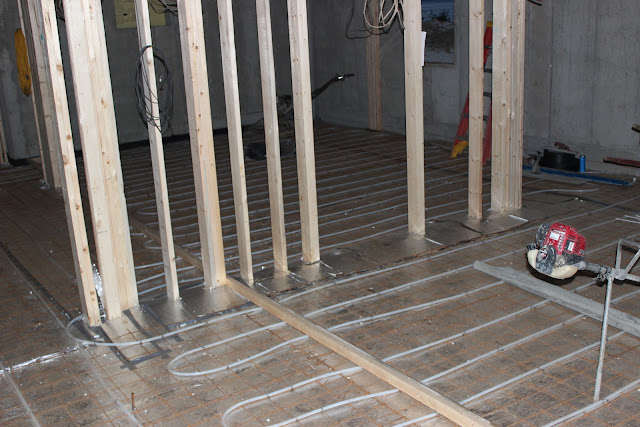 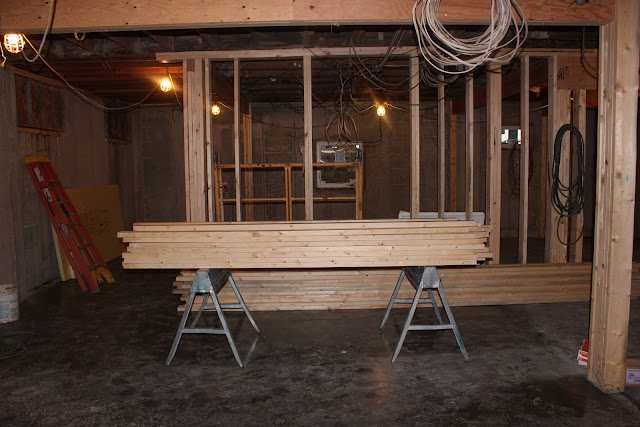 Basement floors are in!!  On the far wall you can see the window (this is centered in the bedroom).
Bathroom is all the way to the left. 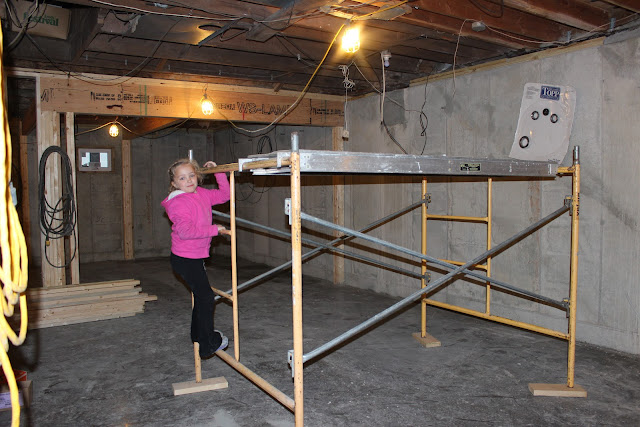 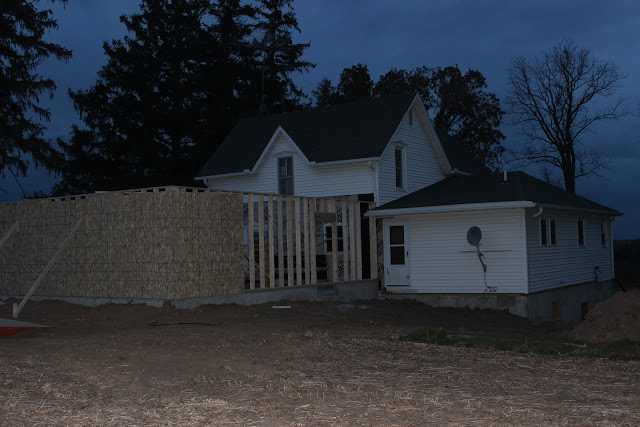 Back side of the garage.  Ryan took this very early in the morning, so the lights not great. 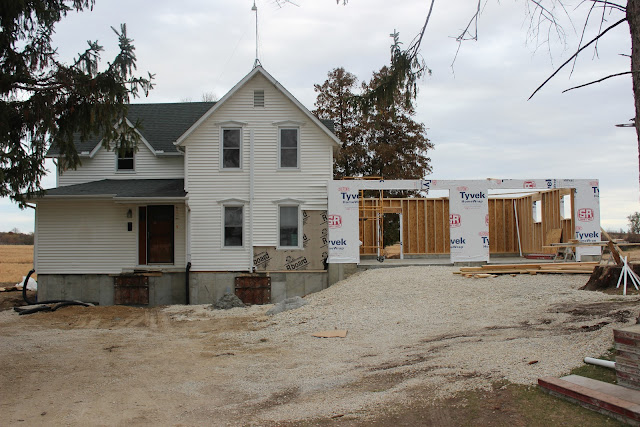 And today they got the garage wrapped!  The door from the garage to the house is in (just forgot to take pictures).  And tomorrow the are hoping to build the basement stairs.  Yay!!! 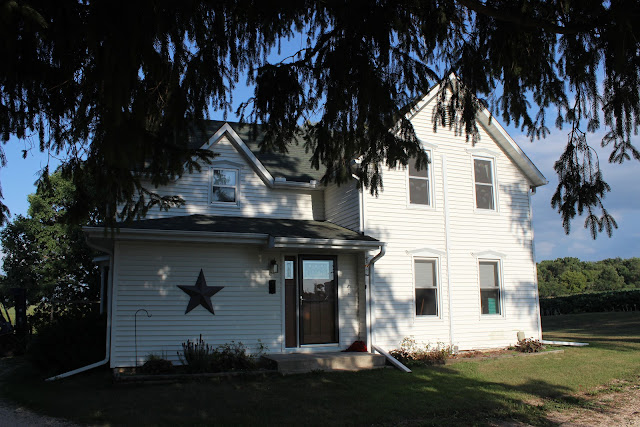 {Here's a look back at what we started with...its come a long way!}
1 comment: 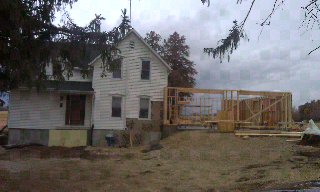 A garage is in the works!  More pics to come soon