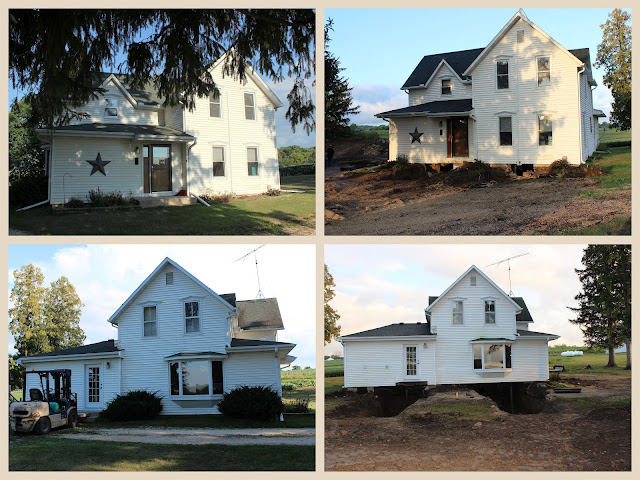 The house isn't actually lifted yet, but they dug trenches in so they could get under the house to put in their support system.  I'm sure there are fancier terms, but I'll keep it to words I can remember the meaning of.  This was one day of work.  Resulting in just a small about of dirt... 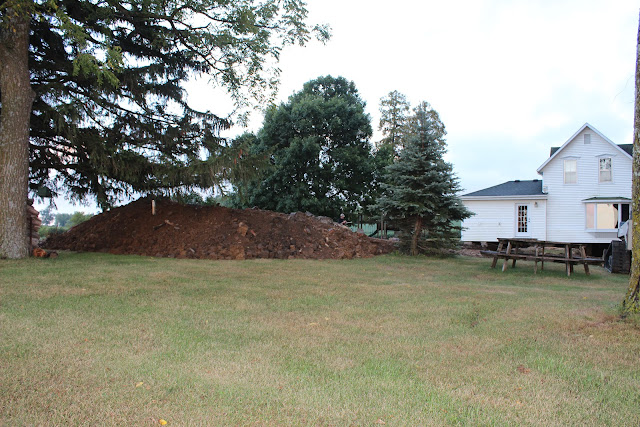 I went into our basement for only the 2nd time in the 7 years I've lived here.  :)  The first time I didn't actually leave the bottom step, so I'm not sure it really counts. 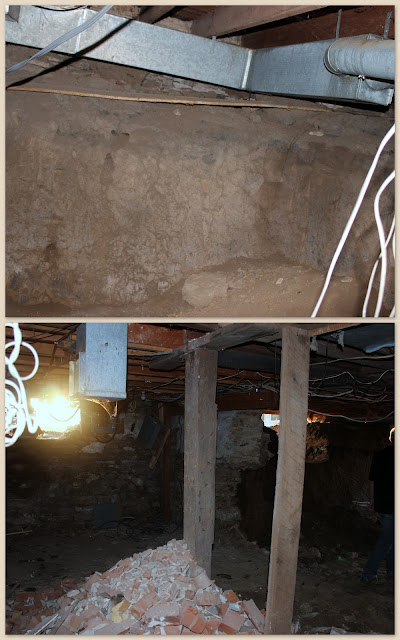 The top picture is where Ryan is standing in the bottom picture.  Gives you a big of an idea of what's going on down there. 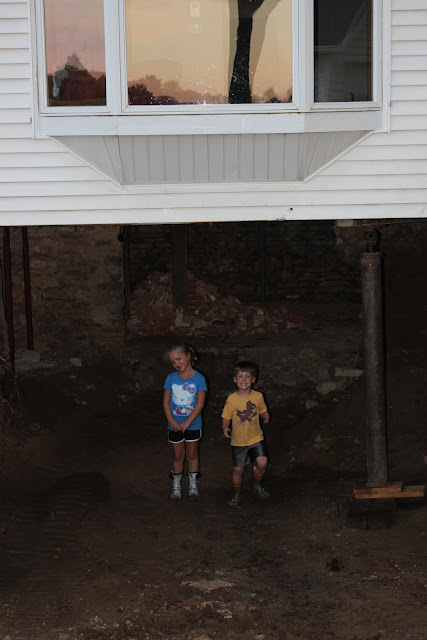 The kids could not believe this was their new basement!!  When we jokingly told them we were going to leave the dug out portions in the yard so they could have a walk-out basement, they thought it was a fabulous idea!!  I guess the joke was on us.

Keep checking back for more updates on the progress!!